Learn more about The Integrated Chip Payment Standards: The Next Generation Conference that was held in December, 2013.

The benefits and costs of open, consensus standards to complement the implementation underway in the U.S. of EMV/ integrated chip (IC) cards was the subject of a recent cross-industry meeting. The Federal Reserve Bank of Philadelphia hosted the meeting on December 9 and 10, 2013, which was co-sponsored by Accredited Standards Committee X9, Inc. – Financial Industry Standards and the Federal Reserve Bank of Minneapolis.

The objectives of the structured discussion included: identification of standards development actions to address gaps in the EMV/ IC implementation; determination if open, consensus standards can improve global interoperability of EMV/ IC technology; discussion of how the industry can best determine future technology and standards needed to strengthen IC standards for payments; and discussion of next steps based on the consensus of meeting attendees. 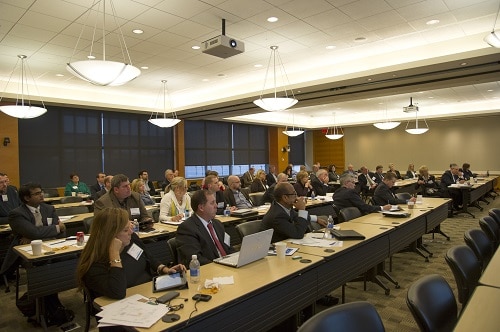 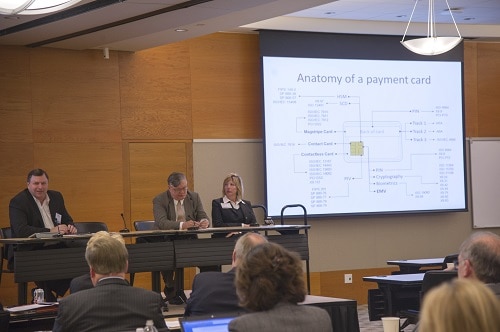